Many people unknowingly suffer Major Depressive Disorder and go about their lives simply thinking the worst of themselves, creative a harsh negative feedback loop. This vicious cycle leads to some unfortunate circumstances in one’s life if not properly diagnosed, but what are some of the signs to look out for? DSM-5 has some very specific criteria for determining if someone has Major Depressive Disorder, and some of these symptoms are more common than people think. Here are common symptoms to look out for when addressing this devastating disorder, the DSM- 5 way.

Now this one seems pretty obvious on the surface, but feelings of sadness, emptiness, and hopelessness for most of the day and for weeks at a time is often the result of a bigger issue. These moods may be sparked by something but can often also be sparked by absolutely nothing, which is equally concerning. Depression is not an easy thing to address, but when depression becomes the default it’s best to dive deeper and what the underlying issues are. For a proper Major Depressive Disorder diagnosis, this is one of the essential symptoms to identify first.

Loss of interest or Pleasure

The inability to derive pleasure from activities as well as expressing little to no interest in said activities is a major tenant in Major Depressive Disorder. This goes beyond just being “out of it” as a consistent, unwavering lack of interest in anything for weeks at a time is typically a sign of deeper issues at heart. Experiencing pleasure, even in small things, is important to living a healthy life. Being deprived of pleasures and interests can lead to other issues that can eventually snowball into a major depressive disorder, and a need for treatment.

Feelings of Worthlessness or (Inappropriate) Guilt

A sense of self worth provides a drive independent of one’s usually need for sustainability, something that is in short supply when coupled with a major depressive disorder. A general feeling of worthlessness is often coupled with a sense of guilt that may not have basis in reality. Guilt is a powerful emotion, and excessive guilt distracts from living a healthy life. More often than not, this level of guilt is a delusion, and a symptom of something far more devastating.

In our day to day life, the need for proper focus and decision making is what helps us function in contemporary society. While what’s asked of us can seem overwhelming, things can be far more dreadful when suffering from a major depressive disorder. This lack of focus and pervasive indecisiveness often accompanies some of the other symptoms on this list, and if it’s as persistent as the others it may be time for professional help.

Fatigue or Loss of Energy

Feeling tired is one thing, feeling lethargic consistently and without provocation is something else entirely. There is a distinct difference between overextending yourself (leading to exhaustion) and having exhaustion being a part of your day to day. Consistent lethargy should be looked at even if you don’t have symptoms associated with a major depressive disorder, but if it does accompany some of the others on this list there is a good chance they’re both related.

A host of other symptoms are often associated with Major Depressive Disorder, these include: Significant weight loss or weight gain, Insomnia or Hypersomnia, Psychomania or retardation, and recurring thoughts of death or suicide. To properly diagnose major depressive disorder, either a depressive mood or Loss of interest or pleasure has to be persistent for at least two week period, and accompanies by 4 of the other symptoms state in this article (so 5 total). Addressing these may be difficult, but the path to wellness is not an easy one. If you feel like any of these symptoms line up with your own feelings or lifestyle, professional help may be in need.  Treatment is available, and it all starts with the decision to take those steps toward betterment. 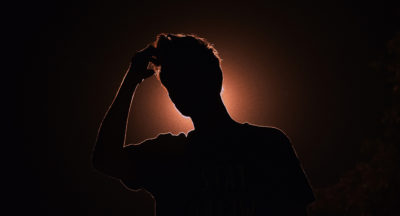 Many people unknowingly suffer Major Depressive Disorder and go about their...